II.4.2 The study of the relationship between genes and the traits they encode is fundamentally complicated by interactions of genes in different loci.

Genes located in various loci interact in various ways in creating the phenotype of the organism Although the term “gene interactions” is used, it should be recalled that most interactions actually occur at the level of the products of these genes. Interactions between genes at various loci are called epistatic interactions. In the simplest case, genes have an additive effect, i.e. their effects on a simple trait are simply added together. Especially for quantitative traits, a great many genes contribute to varying degrees to the final form. Similarly, for qualitative traits a similarly large number of genes can participate in determining the probability that a certain form of the trait will be created. In fact, the opinion has been put forward that any gene can contribute to a certain degree to the form of all the traits of a particular organism. However, these opinions are too extreme; in any case the effect of the vast majority of genes on the individual traits is so small that it can be neglected in practice. From the standpoint of evolution of the individual traits, it makes sense to consider only those genes whose effect, and thus the corresponding selection coefficient, is so great that the relevant selection predominates over the effect of genetic drift (see Chap. V). 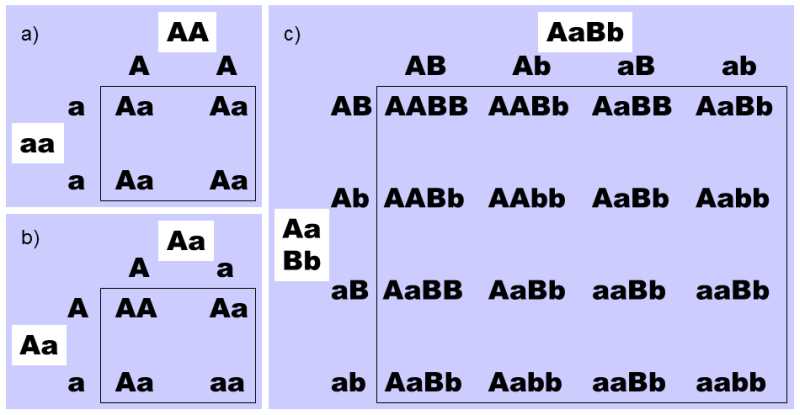 The existence of interactions greatly complicates both the search for the locus at which the gene determining a certain trait is located and also the delimitation of the particular gene. Basically, it even complicates the very concept of a gene and especially the molecular biological definition of a gene as a cistron. If the interaction amongst several genes, and not a particular gene, is responsible for the formation of a particular trait, then there is no point in searching for the locus at which the particular gene is located. However, interactions reduce the effectiveness of the action of natural selection in evolution. If several genes located at various places on the genome participate in the formation of a particular trait, then its heritability is substantially reduced (see also Section II.7). The trait in the original form in which it occurred in the parents will develop only in those progeny that have the same allele at all the participating loci as their parents. However, in a polymorphous population, recombination and segregation of chromosomes leads to mixing of the genes of the two parents so that the probability that any of the progeny would inherit exactly the same combination of alleles as one of the parents would be very low. If the particular combination of alleles and thus the particular trait is transferred from the parents to the progeny, it is very probable that the particular allele will fall apart in one of the subsequent generations.

Was this information useful for you?
The classical Darwinian theory of evolution can explain the evolution of adaptive traits only in asexual organisms. The frozen plasticity theory is much more general: It can also explain the origin and evolution of adaptive traits in both asexual and sexual organisms Read more
‹ II.4.1.1 The dominance of particular alleles can be subject to evolution. up II.5 The way genes are transferred from generation to generation is described by Mendel’s genetic laws. ›
Draft translation from: Evoluční biologie, 2. vydání (Evolutionary biology, 2nd edition), J. Flegr, Academia Prague 2009. The translation was not done by biologist, therefore any suggestion concerning proper scientific terminology and language usage are highly welcomed. You can send your comments to flegr