The emergence of living systems and thus the origin of life are the subject of an independent field of science that is only partly related to evolutionary biology, protobiology.This discipline is faced with two basic question areas.It should tell us how the basic building stones of living organisms were formed, i.e. simple chemical substances of the aminoacid and nucleotide type.These substances are currently formed under terrestrial conditions primarily through the activities of organisms; however, prior to the origin of life, they must necessarily have been formed by some other, abiotic route.Biological evolutionmust apparently have been preceded by rather complicated chemical evolution, during which the action of various abiotic factors led to the formation and accumulation in the environment of some simple and more complicated organic substances.In the laboratory, it has been possible to copy some of the conditions that could have prevailed on the Earth at the time prior to the origin of life and, under these conditions, scientists have been able to achieve the formation of almost all the important building blocks of present-day biological macromolecules (Fig. X.1).However, aspects of the abiotic synthesis of organic substances lie within the competence of chemistry rather than biology and thus will not be further elaborated in this text. 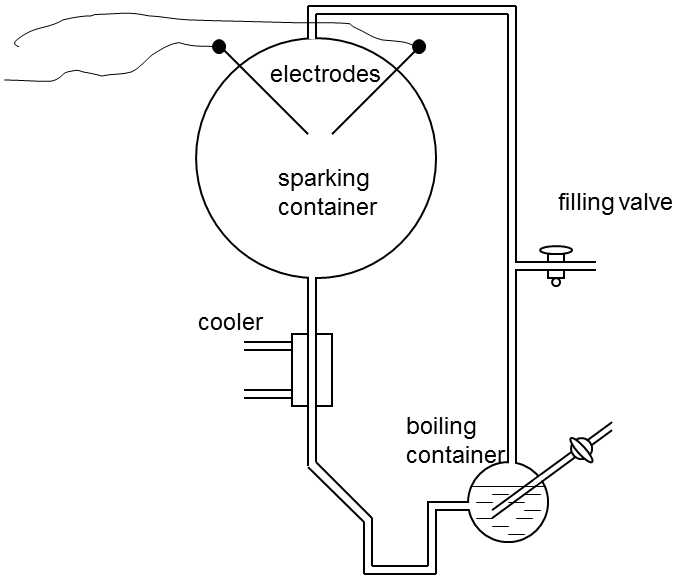 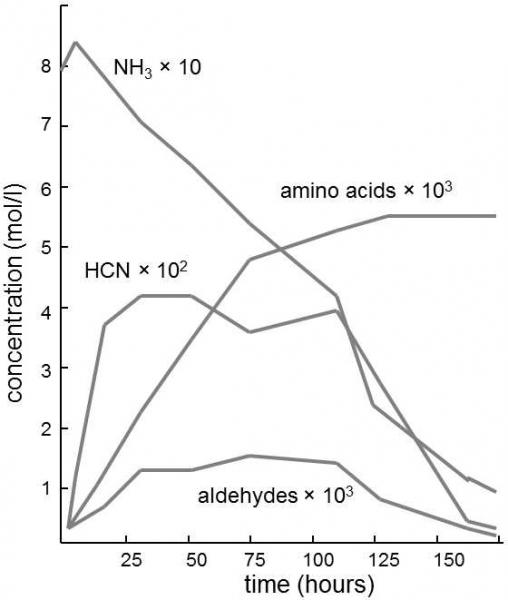 Fig. X.1. Abiotic synthesis of organic substances. This apparatus (a) was used in 1953 by Stanley Miller for synthesis of organic substances through the action of an electric discharge in gases. At the beginning of the experiment, the apparatus contained water, methane, ammonia and hydrogen. After 150 hours, the solution contained formic acid (2.3 mmol/l), glycine (0.63 mmol/l), glycolic acid (0.56 mmol/l), alanine (0.34 mmol/l), lactate (0.31 mmol/l), β-alanine (0.15 mmol/l), acetate (0.15 mmol/l), propionic acid (0.13 mmol/l) and a number of other minority products (b). Similar systems were gradually used to synthesize almost all the important building elements of biological macromolecules, where the composition of the initial mixtures corresponded much better to current knowledge of the composition of the original (apparently nonreducing) atmosphere and hydrosphere. Modified according to Miller and Orgel (1974).

The second sphere of questions studied in the framework of protobiology is concerned with the aspect of organization of the oldest systems capable of participating in biological evolution.

Was this information useful for you?
The classical Darwinian theory of evolution can explain the evolution of adaptive traits only in asexual organisms. The frozen plasticity theory is much more general: It can also explain the origin and evolution of adaptive traits in both asexual and sexual organisms Read more
‹ X. THE ORIGIN OF LIFE up X.2 Contemporary organisms are based on a uniform principle of organization. ›
Draft translation from: Evoluční biologie, 2. vydání (Evolutionary biology, 2nd edition), J. Flegr, Academia Prague 2009. The translation was not done by biologist, therefore any suggestion concerning proper scientific terminology and language usage are highly welcomed. You can send your comments to flegr