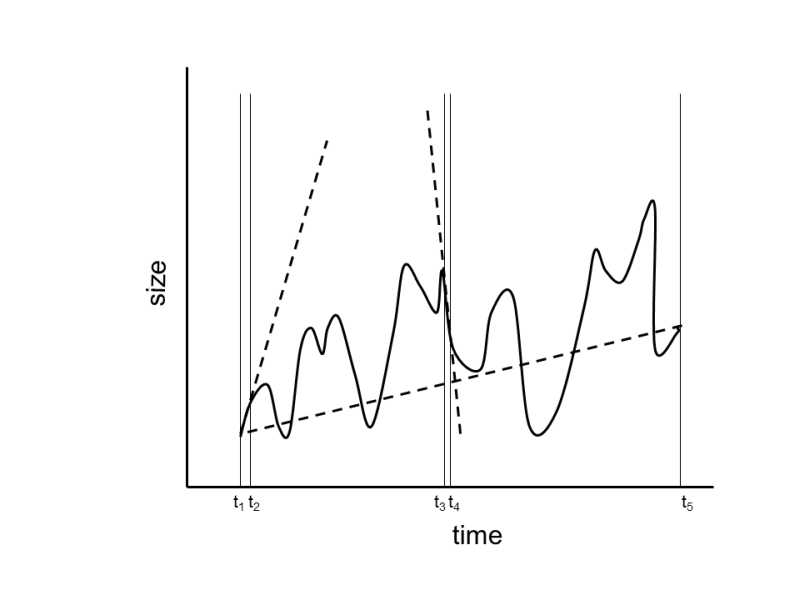 Fig. XXVI.6 Rates of evolution in short and long periods. As, during a long period, selection pressure can act in different (even in opposite) directions on a species, the direction of evolution of the relevant trait can also change (e.g. body weight). Thus, if we monitor the rate of evolutionary changes over a long period of time, lower values are generally measured than if evolution is monitored over shorter periods of time.

Probably the simplest explanation assumes that frequent changes in the direction of evolution are responsible for the given phenomenon.In a short experiment or in medium-long observations in the field, we catch the species or population in a phase when the action of a particular selection pressure leads means that changes in the particular trait consistently occur in a single direction.However, if our observations cover a longer time interval, which is generally true in the study of paleontological material, the species or phylogenetic lines are gradually exposed to various selection pressures that are frequently contradictory from the viewpoint of the monitored trait.Thus, this trait alternately increases and decreases, so that the resultant rate of change in its size over the entire monitored period is necessarily smaller.

Other explanations are based on the fact that, as a consequence of the existence of various evolutionary limitations, any structure can change at a high rate for only a short period of time, while it can change at a low rate over a longer time.For example, if humans were to increase in size by a single millimetre from one generation to the next, i.e. about every 20 years, they would be over 50 metres tall after a million years.It is quite obvious that even a growth rate of 1 millimetre per generation is too large for humans to change size at this rate for a period of a million years.Simultaneously, such a rate is too small for us to be able to register and measure in a laboratory experiment.It is quite logical that laboratory experiments or observations in the field will provide information on evolutionary changes that are fast enough to be registered, while the paleontological record contains information in changes that are sufficiently slow that they can occur over a sufficiently long time.

Another explanation of this phenomenon is based on the idea that the microevolutionary changes studied in experiments or in the field are of a different nature than actual evolutionary changes, which are encountered only in the paleontological record.While microevolutionary changes are based on selection of alleles that were already present in the population beforehand or in the species in the form of intrapopulation or intraspecies variability, macroevolution must wait for the formation of new genetic variants, for new mutations.This idea is also supported  by the results of medium-long genetic experiments demonstrating that the rate of change of the relevant selected trait generally decreases gradually during the selection experiment until, after a certain time, the population ceases to respond evolutionarily to the given selection pressure (Fig. XXVI.7).These 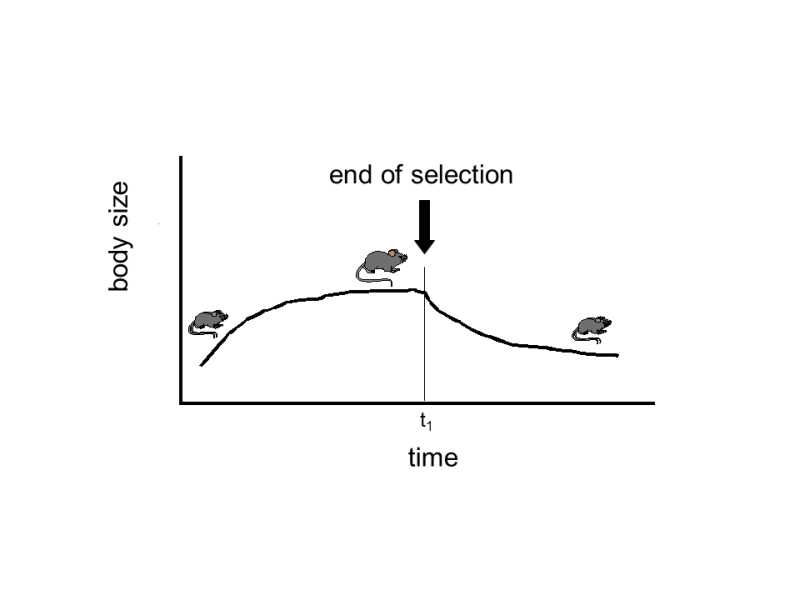 Fig. XXVI.7 Genetic homeostasis. If a population is experimentally subjected to directional selection for a particular trait, in this case for greater body weight, after a certain time there will be a slowing or even complete stopping of the evolutionary response to the selection pressure. The return to the original value is caused by the fact that natural selection returns, to the original value, the frequency of alleles with pleiotropic effects that, while they were responsible for the greater body dimensions of mice, and were thus preferred in artificial selection on the part of the experimenter, simultaneously reduced the fertility or viability of their bearers.

results are sometimes interpreted in that, during the first phase of the selection experiment, the genetic variability in the population is exhausted and further evolution of the trait is limited by waiting for a new mutation.This simple explanation is, however, most probably erroneous and the retardation or even stopping of evolution is more probably caused by genetic homeostasis (see IV.9.2).

It is apparent that none of the above mechanisms can, in itself, explain the negative correlation between the rate of evolution of a quantitative trait and the length of the time interval during which the particular evolutionary process is monitored, observed on all time scales.However, all of these mechanisms can operate simultaneously and can jointly explain the existence of this correlation very well.

Was this information useful for you?
The classical Darwinian theory of evolution can explain the evolution of adaptive traits only in asexual organisms. The frozen plasticity theory is much more general: It can also explain the origin and evolution of adaptive traits in both asexual and sexual organisms Read more
‹ XXVI.4.1.3 The taxonomic rate reflects the rate at which the individual taxa, usually species, emerge and disappear within a particular line up XXVI.4.3 The rate of evolution of a species is not correlated with the length of the generation period ›
Draft translation from: Evoluční biologie, 2. vydání (Evolutionary biology, 2nd edition), J. Flegr, Academia Prague 2009. The translation was not done by biologist, therefore any suggestion concerning proper scientific terminology and language usage are highly welcomed. You can send your comments to flegr