XXVIII.5 Rediscovery of Mendel’s laws of heredity and subsequent development of genetics, including population genetics, opened the door for the transition to Neo-Darwinism

The term Neo-Darwinism first appeared in connection with designation of the panselectionist evolutionary approach of August Weismann (1834–1914) (Fig. XXVIII.8) 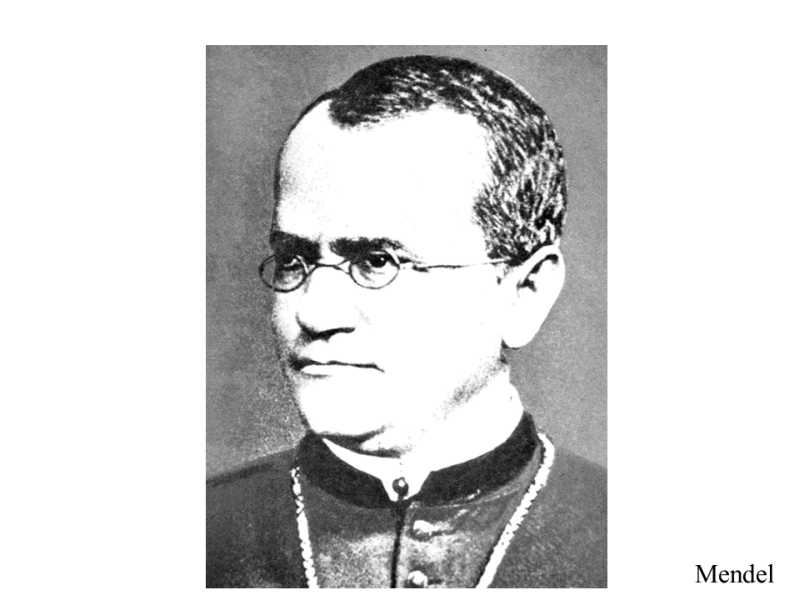 Looking back, Weismann’s main contribution consisted in that he was the first to describe the impermeable barrier between germinal and somatic cell lines and that he emphasized the fact that this barrier in organisms, in which it exists, basically prevents the functioning of Lamarckian evolution.However, later the term Neo-Darwinism came to be used for the stage in the development of the theory of evolution characterized by a combination of the approaches of systematic biology, including paleontology, and of classical genetics.This period is also called the period of evolutionary synthesis.

The emergence of genetics, a field of science whose theoretical foundations were established in the 19th century by Johann Gregor Mendel (1822–1884) (Fig. XXVIII.9), 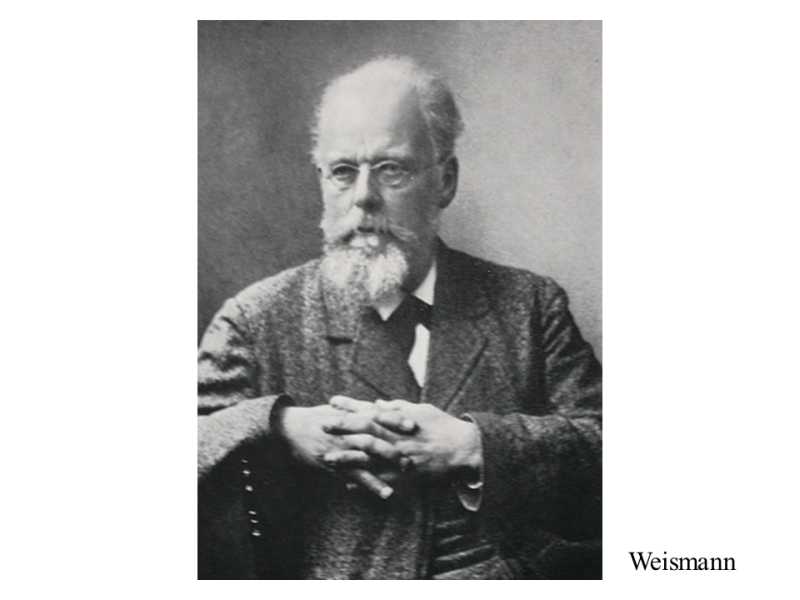 greatly assisted in the development of the theory of evolution.Genetic knowledge especially assisted in eliminating the greatest conceptual inadequacies of Darwin’s model of the evolution of adaptive structures by natural selection.As long as biologists assumed that the predispositions derived from both parents are mixed together and “averaged” in sexual reproduction, Darwin’s model was incapable of functioning.The hereditability of traits, including evolutionary innovations was necessarily vanishing; a substantial trait in a parent appeared to a lesser degree in its progeny, even less in its grand-descendants and basically disappeared, i.e. was lost in the standard population, over a few subsequent generations.In order for Darwin’s model to be functional, it would require an unrealistically high rate of formation of new inheritable variability.The rediscovery of Mendel’s laws around 1900 demonstrated that the predispositions for the individual traits actually do not affect one another during sexual reproduction and, to the contrary, are transferred from one generation to the next in unaltered form.However, over time, the frequency of the individual predispositions (alleles) can change in the gene pool of the population, enabling Darwinistic evolution.As the proponents of the other concepts gradually died, the study of evolution slowly became identical with study of the changes in the numbers of the individual alleles in the gene pool of the population and all evolutionary phenomena taking place above the level of the species began to be considered to be simply evolutionary consequences and accompanying phenomena of processes occurring at the intraspecific level.

The geneticist Theodosius Dobzhansky (1900–1975), paleontologist George Gaylord Simpson (1902–1984), zoologist Ernst Mayr (1904-2005) and botanist George Ledyard Stebbins (1906–2000) are generally considered to be the main representatives of Neo-Darwinism responsible for evolutionary synthesis.Bernhard Rensch(1900–1990), Julian Sorell Huxley (1887–1975), Ronald Aylmer Fisher (1890–1962), Sewall Wright (1889–1988), John Burdon SandersonHaldane(1892–1964) and a great many others also contributed substantially to the formulation of Neo-Darwinism.The Neo-Darwinist period is characterized by emphasizing and stressing the importance of selection in evolution.Other mechanisms, with the possible exception of genetic drift, are considered to be marginal.The main scientific efforts were concentrated on the study of evolutionary processes occurring at the intraspecific level or speciation processes.Study of macroevolutionary processes lies, to a substantial degree, outside of the main sphere of interest of a major portion of evolutionary biologists.

Was this information useful for you?
The classical Darwinian theory of evolution can explain the evolution of adaptive traits only in asexual organisms. The frozen plasticity theory is much more general: It can also explain the origin and evolution of adaptive traits in both asexual and sexual organisms Read more
‹ XXVIII.4 The period of classical Darwinism is characterized by the assumption of plurality of evolutionary mechanisms up XXVIII.6 The development of molecular biology brought the need to explain some evolutionary processes operating at the molecular level, which is beyond the direct reach of selection ›
Draft translation from: Evoluční biologie, 2. vydání (Evolutionary biology, 2nd edition), J. Flegr, Academia Prague 2009. The translation was not done by biologist, therefore any suggestion concerning proper scientific terminology and language usage are highly welcomed. You can send your comments to flegr