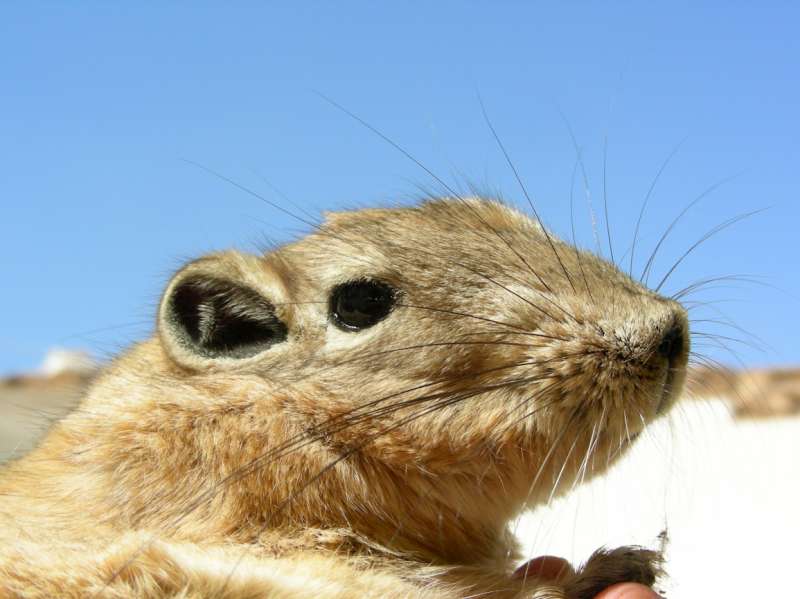 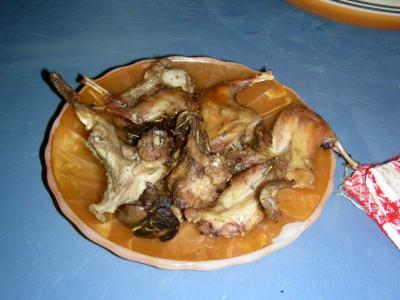 Fig. 1 Common Gundi (Ctenodactylus gundi), the first host in which Toxoplasma was discovered. Before and after culinary preparation. Photo taken by Jan Votýpka, Tunisia.

Just to be clear – this is no autobiography. This book builds upon the story of how we came to recognize the effect of latent toxoplasmosis on the human psyche and behavior (as well as, on reproduction, immunity, physical appearance, and fitness), and because I or one of my colleagues was present at most of the described discoveries, the text may in some places, as in the first chapter, dangerously resemble autobiography. But appearances indeed may be deceiving. The story of recognizing toxoplasmosis' effect on man provides a sort of framework, which is arrayed with various curiosities of modern biology, along with general and even specific observations and suggestions as to how one should – and, above all, should not – do science. Considering that not every reader is interested in an explanation of isoelectric focusing, or in the propriety of applying a Bonferroni correction to multiple tests, I have separated this array into individual boxes, which one can easily skip between. But personally, I think these boxes are precisely the most important aspect of this book, and readers, particularly those pursuing professional science, should not skip over them. The effect of toxoplasmosis on man is certainly a fascinating phenomenon (otherwise I would not have dedicated 20 years of my life to its study), but the very process of acquiring scientific knowledge is much more compelling. So, please, don’t skip over the boxes.

What is Toxoplasma and what toxoplasmosis? Toxoplasma is a parasitic protozoan, Latin name Toxoplasma gondii, discovered in the year 1908 – incidentally within a fairly exotic rodent, the Saharan gundi (Ctenodactylus gundii, Fig. 1). In fact, this parasite targets almost any warm-blooded animal, including man. It is very widespread: an estimated third of the world’s population carries a latent form of this successful parasite. Even I carry Toxoplasma in my body and, with about a 30% probability, so do you. Once infected, you will never get rid of your quiet companion.

Toxoplasmosis is the disease caused by Toxoplasma and has three forms in man: acute, congenital, and latent. An attack of acute toxoplasmosis occurs immediately after infection and is usually accompanied by symptoms we associate with common bacterial and viral diseases– furthermore, patients usually experience swelling of the neck lymph nodes. In the vast majority of people, toxoplasmosis subsides of its own accord – that is to say that it passes into its latent phase, during which only quiescent state Toxoplasma parasites are present in the body. Yet the most notorious and dangerous form of toxoplasmosis is congenital toxoplasmosis, which can afflict newborns whose mothers were infected while pregnant. Transfer of the parasite from mother to developing fetus can result in miscarriage or serious developmental disease in the child. Doctors’ main interest lies in understanding congenital toxoplasmosis, which, while a relatively rare disease, effects serious health consequences. By contrast, my particular professional interest, and simultaneously the central theme of this book, is latent (hidden) toxoplasmosis. This form of the disease consistently afflicts about a third of the world’s population. Physicians generally rule that latent toxoplasmosis is asymptomatic and does not present a serious health issue, but they are almost certainly wrong. Our results indicate that, in connection with latent toxoplasmosis, thousands of people die every year just as a result of the heightened risk of car accidents. The work of American and Turkish authors further confirms that latent toxoplasmosis markedly raises the risk of suicide. In addition, many studies show that in sensitive people latent toxoplasmosis can trigger schizophrenia, a very serious mental disease afflicting about 1% of people at some point during their lives. Apart from the health risks attending latent toxoplasmosis, this parasitic disease is also curious in that it significantly and characteristically alters the behavior and temperament of infected persons. Large comparative studies even show that some differences in national temperament can be explained by the amount of people infected in individual countries 1. Latent toxoplasmosis raises the level of the sex hormone testosterone in infected men and changes their physical appearance. Women infected by Toxoplasma parasites are more showy, sociable, and frivolous, give birth to more boys than girls, and have a somewhat longer pregnancy. In addition, studies on the effect of toxoplasmosis on the human organism have led to a number of discoveries, which, though not directly related to the disease, may for this reason have an even broader impact on our understanding of the workings of the human body and psyche. Several of our studies have clearly shown that the organism of people with blood group Rh plus reacts differently to latent toxoplasmosis (and perhaps also to a range of other influences, including fatigue and aging) than does the organism of people with blood group Rh minus.

Who is this book written for? (Now, I can reveal that this chapter is just a prologue in disguise...) Well, firstly, for myself – for when I reach old age, and have trouble recalling how I spent my youth and what I actually discovered, I’ll undoubtedly be grateful for this book (hopefully, I’ll still be able to understand it...just to be safe, I’ll try to explain it all in the simplest terms, and avoid words that are hard to remember or pronounce). Beyond that, this book is directed towards anyone interested in biology, particularly in the field known in Prague as white biology. (Before we all started wearing jeans to work, the white biologists, pouring homogenized mouse from one test tube into another, wore white lab coats. Green biologists, on the other hand, wore khaki-colored field clothes as they chased after butterflies or counted up the number of sedge seedlings in the meadow.) Furthermore, this book will likely be opened by someone who has personal experience with toxoplasmosis. And finally, Watch out for Toxo! is directed towards the reader interested in  the workings of modern science  Maybe I am overly optimistic, but the boxes devoted to methodology could be very helpful to even my current colleagues (but they, unfortunately, have neither the time to read books nor to work with the above-mentioned homogenized mouse and sedge seedlings, because they are ceaselessly writing papers, grants, and grant reports), and to future colleagues – that is, students who are interested in similar topics, primarily biology and medicine (I’ve heard that such students do occasionally read books – probably when their internet happens to be broken). Though this book covers mostly methodology for researching behavior, a large part of this applies to science in general.

Usually, the last paragraph is the place for acknowledgements, but for most readers, that’s the signal to skip to the first chapter. So instead, I’ll extend an apology: An uninitiated reader of this book might get the impression that the author is an unbearable braggart, who struts around, acting like Mr. Know-it-all; like he’s been everywhere and seen everything; and more importantly, as though he has single-handedly (at worst, with help from his team) made every discovery regarding latent toxoplasmosis. Therefore, I sincerely apologize to the unenlightened reader for any ineptitude in my writing style, which might lead to this false impression. The truth is that the author isn’t boasting (because, among other wonderful qualities, he is both modest and meek) – he and his team are really that good.

Was this information useful for you?
The classical Darwinian theory of evolution can explain the evolution of adaptive traits only in asexual organisms. The frozen plasticity theory is much more general: It can also explain the origin and evolution of adaptive traits in both asexual and sexual organisms Read more
‹ Watch out for Toxo! The Secret Guide to Practical Science up I. How I didn’t become an immunologist nor a molecular taxonomist ›