It followed from equation (5) that the number of mutations fixed per time unit should not depend on the size of the population.However, it is apparent from empirical data obtained from experiments and study of natural populations that more molecular polymorphism is frequently maintained or even fixed over the same time in small populations than in large populations (Nevo et al. 1997).This discrepancy between the theoretical conclusions and fact was explained by the Japanese geneticist  T. Ohta (Ohta & Gillespie 1996; Ohta 1998).The core of her explanation consisted in the quite reasonable assumption that most mutations that occur in organisms fall in the category of slightly negative (slightly deleterious) mutations (Fig. V.11). 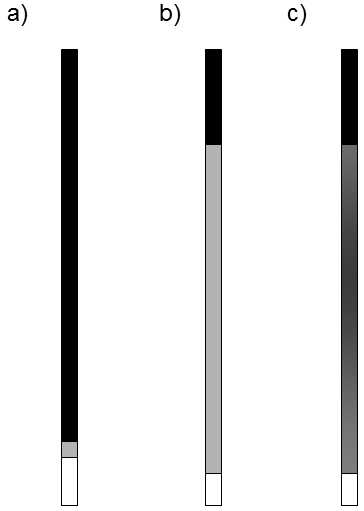 Fig. V.11. Types of mutations. According to the original ideas, the vast majority of mutations are negative (detrimental), a few are positive (useful) and a minimum are selectionally neutral. On the other hand, the theory of neutral evolution assumes that a large portion of mutations is selectively neutral. However, at the present time, it seems that the empirical data correspond most closely to a model of “almost neutral evolution”. This model of evolution assumes that there are very few truly neutral mutations; however, a large portion of mutations act as effectively neutral in small and medium-sized populations and, in large populations, as selectively significant, to be more precise, mostly as slightly negative.

Was this information useful for you?
The classical Darwinian theory of evolution can explain the evolution of adaptive traits only in asexual organisms. The frozen plasticity theory is much more general: It can also explain the origin and evolution of adaptive traits in both asexual and sexual organisms Read more
‹ V.4 In small populations, the fate of any mutation is more likely to be decided by genetic drift than by selection. up V.6 The theory of neutral evolution is of key importance for the method of studying one of the two components of biological evolution, i.e. cladogenesis. ›
Draft translation from: Evoluční biologie, 2. vydání (Evolutionary biology, 2nd edition), J. Flegr, Academia Prague 2009. The translation was not done by biologist, therefore any suggestion concerning proper scientific terminology and language usage are highly welcomed. You can send your comments to flegr