XXIII.4 The clearest way to illustrate the progress of cladogenesis is in a tree chart, a dendrogram

The progress of cladogenesis can be depicted in a graphical form, called a tree graph, a dendrogram, by mathematicians, and simply a tree by biologists.It would be logical to call a tree depicting cladogenesis a cladogram.However, at the present time, a large number of authors use the term cladogram to denote the tree formed using cladistic methods, not depicting the progress of cladogenesis but rather the distribution of apomorphies (i.e. new evolutionary features – see below) within studied taxonomical units, most frequently species.Consequently, the tree describing cladogenesis will be denoted in the following text by the rather awkward term scheme of cladogenesis.The tree consists of a system of gradually branching out lines, termed branches, where the order and sites of branching, i.e. distribution of nodes, reflects the time order of the mutual splitting off of the phylogenetic lines (Fig. XXIII.4). 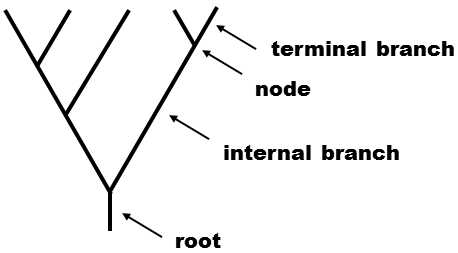 Fig. XXIII.4 Tree depicting cladogenesis. The lengths of the branches and the angles that they enclose do not contain any information.

Each branch (line joining two nodes) depicts a single species and its final node corresponds to the particular species at the instant of speciation.The branches originate from a particular single node denoting the individual phylogenetic lines of organisms.The phylogenetic line can contain several species or just a single species.For the purposes of phylogenetic studies, the species of a single phylogenetic line form an operational taxonomic unit (OTU).For example, however, in phenetics (see XXV.2.1), OTU need not be formed of species of the same phylogenetic line, but of species that have a certain type of phenotype similarity.In contrast to regular taxa, it is not necessary to name the individual OTU or to find a formal taxonomic level (rank) for them.The root of the tree, i.e. the lowest branch, from which all the other branches split off in a certain order, denotes the common ancestor of all the studied species, and the terminal branches correspond to the individual species that were included in the analysis.The arrangement of the inner branches in the direction from the root to the terminal branches of the tree denotes the order of splitting off of the ancestors of the individual species included in the analysis.As the species last for only a limited period of time and sooner or later die out, most of the inner branches of the tree denote already extinct ancestors of modern species.If the analysis includes only living species of organisms, the ancestors are hypothetical, whose existence has been derived on the basis of the traits of modern, i.e. neontological species.In contrast, if the scheme also includes species living on the Earth in the past and thus known only from the paleontological record, these species can also be placed on one of the inner branches of the graph depicting the cladogenesis scheme.However, even in this case, all the species are again placed on terminal branches on trees if they are created by cladistic methods.The length of the branches on the graph and the angles enclosed by the individual branches do not have any biological meaning.If the length of the branches were to correspond to the duration of the individual species or number of evolutionary changes that occurred in the individual branches, this would no loner be a cladogenesis scheme, but rather a phylogenetic tree, i.e. a phylogram.

Was this information useful for you?
The classical Darwinian theory of evolution can explain the evolution of adaptive traits only in asexual organisms. The frozen plasticity theory is much more general: It can also explain the origin and evolution of adaptive traits in both asexual and sexual organisms Read more
‹ XXIII.3 Cladogenesis means branching, or more rarely merging, of phylogenetic lines up XXIII.4.1 Only due to anagenetic changes can the presence of cladogenesis be detected or its progress reconstructed ›
Draft translation from: Evoluční biologie, 2. vydání (Evolutionary biology, 2nd edition), J. Flegr, Academia Prague 2009. The translation was not done by biologist, therefore any suggestion concerning proper scientific terminology and language usage are highly welcomed. You can send your comments to flegr