XXVIII.3 Darwin presented several important and complementary evolutionary theories in his book “On the Origin of Species by Means of Natural Selection”.

Charles Robert Darwin(1809–1882) (Fig. XXVIII.6) is certainly the most famous biologist of all time.Even in the absence of his work on the theory of evolution, his other discoveries in various fields of biology would be sufficient to make him renowned.Amongst other things, he discovered the mechanism of formation of corral atolls and the mechanism of the formation of soil through the activities of earthworms, he wrote a number of books, for example books about emotions in animals and about movement in plants, and also compiled an extensive monograph about barnacles.Simultaneously, Darwin had no formal education in biology. 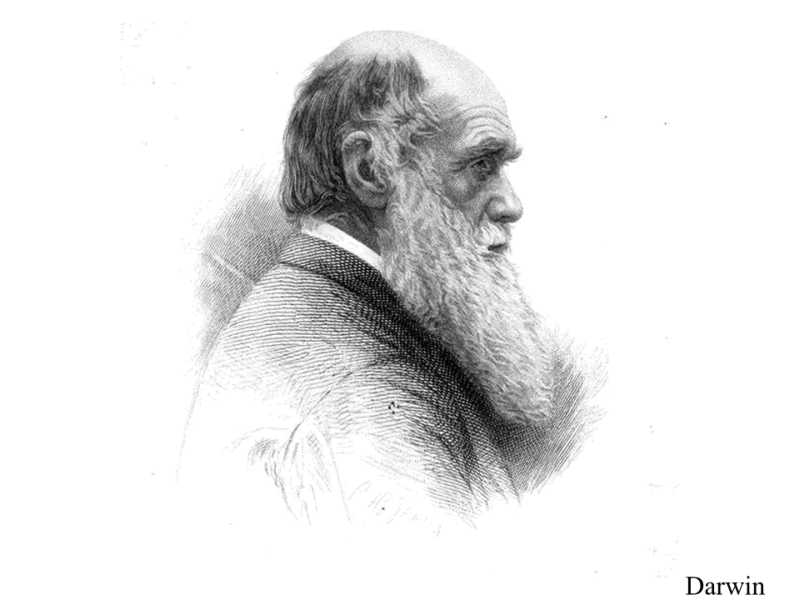 According to the wishes of his father, he began to study medicine, but was so bored that he abandoned his studies after one year.In the end, he completed three-year bachelor’s study in theology.During his studies, he was constantly interested in nature, especially geology and biology.He maintained contacts with the best scientists in his surroundings, collected various natural materials and systematically extended his knowledge through his own studies.After completing his studies, he took part in a five-year oceanic expedition, intended for mapping and exploring the shores of South America.Although he was originally accepted on board the research ship Beagle mainly because captain Fritzroy wanted company, he originally unofficially and later officially held the position of natural scientist of the expedition.During the expedition, he collected a great deal of knowledge in the fields of geology and biology, which later substantially affected his scientific ideas, and also gathered a extensive material in his collections, which he regularly sent to England.When he returned to London after the end of the expedition, at the age of 27, he already had the reputation of an important natural scientist.After his return, he married within 2 years and moved to the countryside after three years.He travelled to London only sporadically and travelled around England only to attend scientific meetings.However, he maintained very intense and extensive correspondence with domestic and foreign scientists and carefully followed all the contemporary professional literature.Darwin’s entries in his working daybooks indicate that he began to formulate his theory of evolution around 1837.In 1844, he drew up a 230-page description of his theory of evolution and asked his wife to publish it if he were to die prematurely.Until 1858, he systematically prepared for publication of his theory of evolution and gradually gathered evidence and arguments in its favor and established a sufficiently strong scientific and social position to allow him to publish and defend his ideas.However, he never completed his fundamental and very extensive evolutionary work because, in 1858, a different British biologist, Alfred Russel Wallace (1823–1913) (Fig. XXVIII.7), 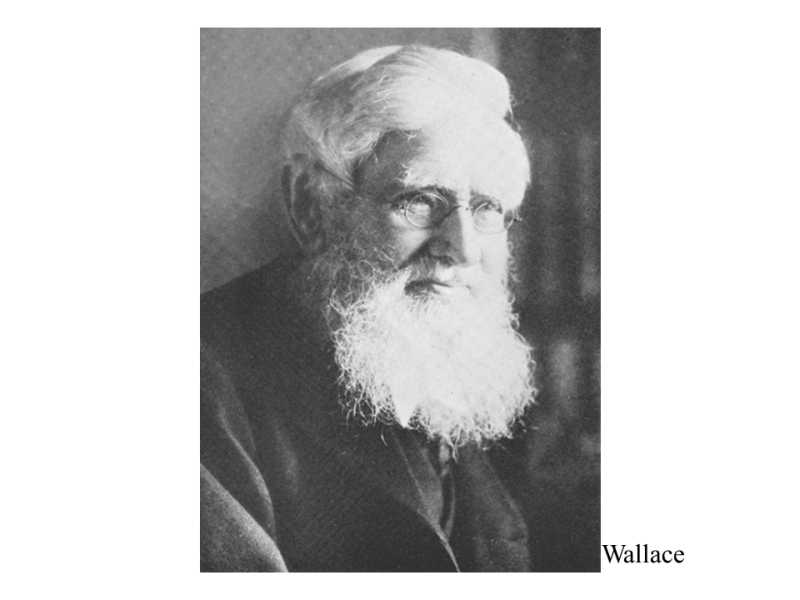 sent him the manuscript of his work, in which he described his own version of the theory of evolution, asking him to evaluate and potentially publish it.Except for minor details, Wallace’s theory was practically identical with Darwin’s.Darwin’s friends finally arranged for Wallace’s manuscript to be read together with excerpts from Darwin’s manuscript of 1844 at the same meeting of the Linnean Society and both papers were subsequently published in the same edition of the Proceedings.In addition, Darwin interrupted his efforts on his extensive work and, instead, rapidly prepared an abbreviated version of “On the Origin of Species through Natural Selection” for publication.

Darwin’s theory of evolution, published in 1859, actually consists of at least five mutually complementary theories (Mayr 1982).Most of them had already appeared at the very least in intimations in the works of his predecessors; however, Darwin was the first to present them to the public in comprehensive form and to demonstrate their veracity by empirical facts.

The first of Darwin’s theories is the theory of the existence of the evolution of species.According to it, species are not invariant, but vary and can evolve over time.Lamarck propounded the same theory before him, but Darwin was the first to collect sufficient data (and social capital) to convince a large part of the professional public.

The second theory is the theory of the common origin of all species.Darwin postulated that species were formed and are still formed in evolution by divergence from a common ancestor.This theory meant a radical rejection of all the ideas about the independent, either natural or supernatural, creation of the individual species.

The third theory is the theory of the divergence of species in their phenotype traits.Darwin even proposed a mechanism that could lead to the divergence and mutual differentiation of individual species.This mechanism was founded on centrifugal selection and we now know that it is actually not very important in evolution in the suggested form.However, the fact that the organisms that are formed by divergence from a common ancestor can gradually differ more and more through the continuous accumulation of changes over time is more important than the actual mechanism of phenotype divergence.The general acceptance of this fact led to fundamental changes in the concept of systematic biology and in the approach to the creation of a taxonomic system.

The fourth theory is the theory of gradualism.According to it, species gradually evolve and change from one to another through the slow accumulation of minor changes.In his work, Darwin explicitly rejected the opposite possibility, i.e. saltationism, i.e. sudden changes in jumps from one species to a different species.

The fifth theory was the theory of natural selection as the main mechanism driving all evolutionary changes, whether the formation of adaptive traits, the formation of complexity or the formation of biological diversity.At the time of its publication, this part of the theory of evolution met the greatest resistance amongst the professional public.Especially paleontologists, but also a great many biologists, including Darwin’s greatest supporters, had serious doubts about the importance of natural selection.In fact, their arguments convinced Darwin to gradually admit the possibility of other mechanisms, including the heritability of acquired traits, in his later editions of the “On the Origin of Species”.

Before he died, Darwin published a number of other extensive works, in which he elaborated his theory of evolution.Of his most important evolutionary discoveries, mention should be made of the discovery of sexual selection as a mechanism acting independently of natural selection.According to Darwin, sexual selection, i.e. selection that occurs in the choice of sexual partners, enables explanation of a number of biological phenomena, including a great many aspects of human evolution.On the other hand, another of Darwin’s theories of evolution, i.e. the theory of inheritability, was erroneous right from the beginning and is currently only of historical importance.

Was this information useful for you?
The classical Darwinian theory of evolution can explain the evolution of adaptive traits only in asexual organisms. The frozen plasticity theory is much more general: It can also explain the origin and evolution of adaptive traits in both asexual and sexual organisms Read more
‹ XXVIII.2 Lamarck is arguably the most important representative of evolutionary biology before Darwin up XXVIII.4 The period of classical Darwinism is characterized by the assumption of plurality of evolutionary mechanisms ›
Draft translation from: Evoluční biologie, 2. vydání (Evolutionary biology, 2nd edition), J. Flegr, Academia Prague 2009. The translation was not done by biologist, therefore any suggestion concerning proper scientific terminology and language usage are highly welcomed. You can send your comments to flegr