However, there are no similar rules that would, on the other hand, specify which taxa should or must be created. For example, if we wanted to define (and name) all the monophyletic groups of species existing in a studied phylogenetic line, i.e. all groups of organisms that have an exclusive ancestor (all clades), then the number of thus-created groups is roughly the same as the number of species that we would want to classify and the number of categories of taxa would also be impractically large. The number of theoretically creatable taxa also including paraphyletic taxa would be even greater. Cladists favor a radical approach, i.e. the creation and cataloguing of all existing clades; however, they must simultaneously relinquish the possibility of formalizing and naming the individual taxonomic levels and naming of the specific created clades. Consequently, cladists do not create taxa but only their operative taxonomic units, in this case monophyletic clades (Fig. XXV.3). 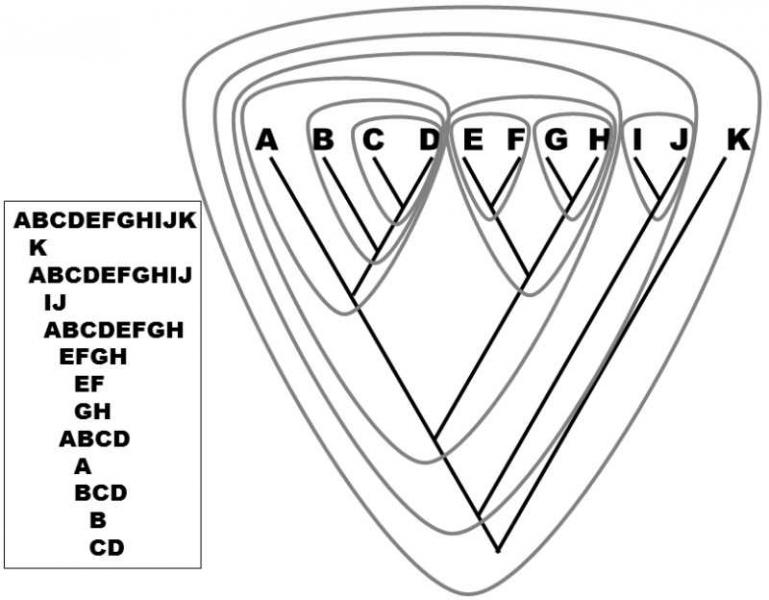 Evolutionary systematists hold the opinion that it is necessary to define and name only some of the existing holophyletic and paraphyletic groups of organisms. Knowledge of the cladogenesis of the particular phylogenetic line is of no help in deciding whether a particular group of organisms deserves the creation of its own taxon and, in the end, it is necessary to rely on a subjective sense that a particular monophyletic line should be defined as a separate taxon at a certain level and that it should be assigned a name in accordance with the rules of scientific nomenclature.

Was this information useful for you?
The classical Darwinian theory of evolution can explain the evolution of adaptive traits only in asexual organisms. The frozen plasticity theory is much more general: It can also explain the origin and evolution of adaptive traits in both asexual and sexual organisms Read more
‹ XXV.3.1 The looser evolutionary systematic understanding of monophyly differs from the stricter cladistic view in that it permits the creation of paraphyletic taxa up XXV.4.1 Evolutionary systematists use the achieved level of anagenesis as the main guideline in creating taxa ›
Draft translation from: Evoluční biologie, 2. vydání (Evolutionary biology, 2nd edition), J. Flegr, Academia Prague 2009. The translation was not done by biologist, therefore any suggestion concerning proper scientific terminology and language usage are highly welcomed. You can send your comments to flegr